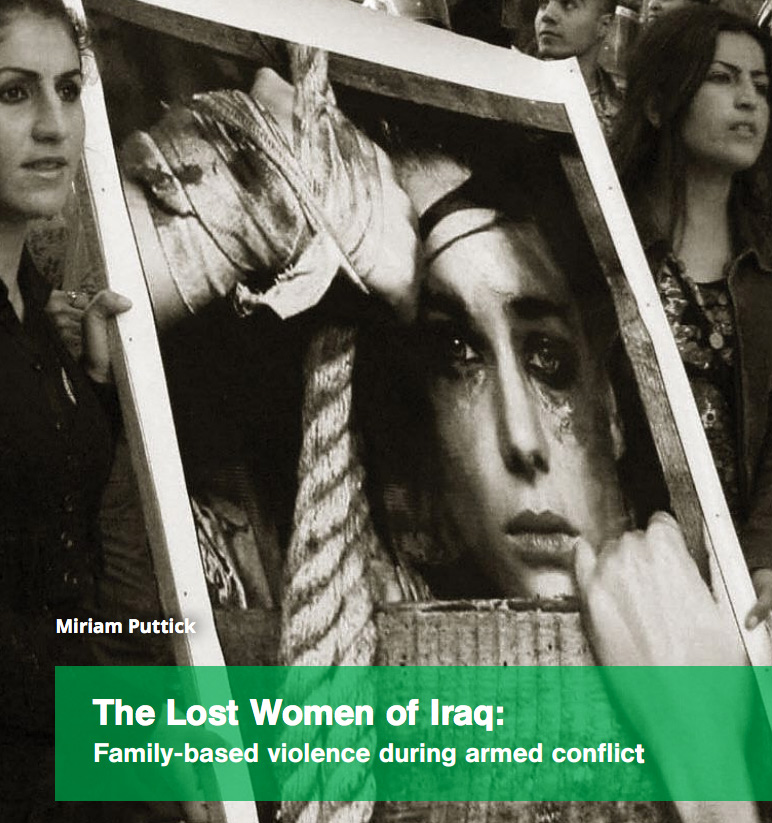 PDF of report: The Lost Women of Iraq: Family-based violence during armed conflict

Based on extensive primary research conducted in partnership with ASUDA Organization for Combating Violence against Women in Iraq, the report details:

Attempts to seek redress in cases of violence against women are undermined by a weak and ineffective judicial system and outdated laws that excuse or legitimize attacks against women. Perpetrators are often acquitted or given mild sentences for grievous crimes against women, even in the face of clear evidence. However, the large majority of cases never make it to court. In Iraq, violence against women in the home is considered a private matter and strong cultural taboos prevent victims from speaking out.

In the face of the ongoing military campaign against the Islamic State of Iraq and Al-Sham (ISIS), the state of women’s rights thoughout the country is being ignored. However, improving respect for women’s rights cannot be postponed until the conflict is over. The federal government of Iraq and the Kurdistan Regional Government (KRG), supported by the international commuity, should undertake urgent legal and social reform to ensure that victims of violence do not continue to suffer in silence. 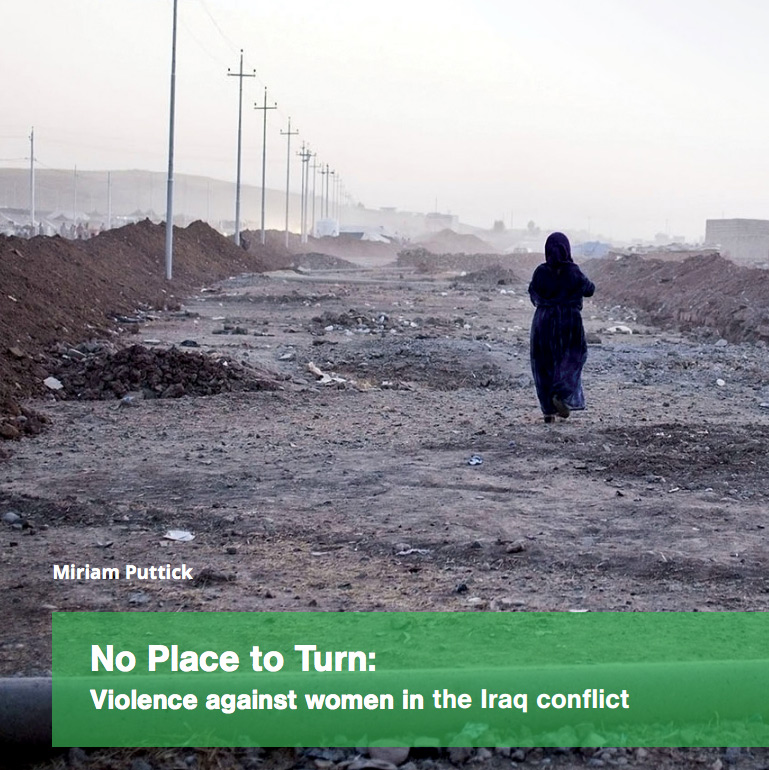 PDF of report: No Place to Turn: Violence against women in the Iraq conflict

A further 5,000–10,000 women and girls are estimated to have been abducted or trafficked for sexual slavery, prostitution or ransom. Both fear of the police and considerations of family ‘honour’ contribute to widespread under-reporting of female disappearances and prevent more precise estimates of the scale of the problem, but hundreds every year are trafficked in Baghdad, northern cities and onwards to Syria or the Gulf states. At least 3,000 women and girls were kidnapped in 2014 by the Islamic State of Iraq and Al-Sham (ISIS), but over six months later there is little evidence of any concrete measures taken by either the Iraqi federal government or the Kurdistan regional government to secure their release.

The fighting in Iraq has generated mass population displacement and created tens of thousands of widows and female-headed households, escalating women’s vulnerability. Weaknesses in the Iraqi laws criminalizing violence against women are compounded by systematic failures by the Iraqi police and justice system. Once a woman becomes a victim of sexual violence or is forced to flee her home, she has no place to turn.

SianNo Place to Turn: Violence against women in the Iraq conflict02.01.2015
read more