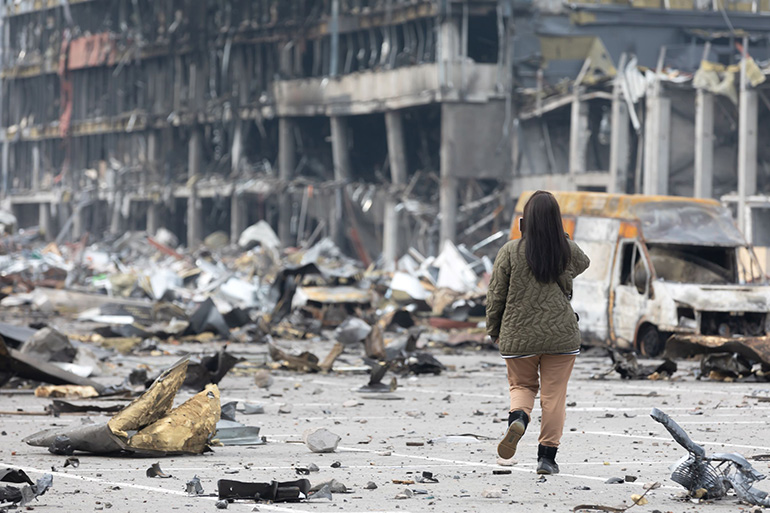 To bring justice to Ukraine’s civilians and enable them to rebuild their lives will require reparations. But while firm progress has been made on instituting war crimes investigations following the Russian invasion, international planning for the delivery of reparations has lagged behind, finds a major new report by Ceasefire Centre for Civilian Rights.

Reparations for Ukraine: An international route map considers the international legal authority for grounding reparations and what form they should take.  It then maps out the mechanisms that could be entrusted to take on the task of awarding and administering reparations on the scale required – and how Russia could be made to contribute.  In the light of international precedents and what has worked in other conflict and post-conflict situations, the report proposes a number of principles which should guide the process.

‘Civilians in Ukraine have suffered the full force of Russia’s invasion, but the experience of other conflicts shows us just how easily civilians can be forgotten by the international community when it comes to reconstruction and stabilization’, said Mark Lattimer, Ceasefire’s Executive Director. ‘Members of the EU, the G7 and the UN General Assembly have both the power and access to the resources to deliver reparations for civilians. What are they waiting for?’

Ukrainian civil society organisations have long called for the implementation of an effective compensation mechanism for the victims of war and occupation. Given the extensive preparatory work which needs to be done, civilians who have suffered harm cannot afford to wait for a resolution to the conflict. In order to establish an effective reparations process for Ukraine, it is imperative that the international community avoids further delay.

Ceasefire works to support reparations and accountability for violations of civilian rights in the Middle East, Africa and other world regions, and maintains a legal help desk in Mosul, Iraq, supporting claims for conflict-related civilian harm.

Other Ceasefire reports on the issue of reparations include:

Reparations for civilian harm from military operations: Towards a UK policy

Mosul after the Battle: Reparations and the future of Ninewa

Reparations for the Victims of Conflict in Iraq: Lessons learned from comparative practice