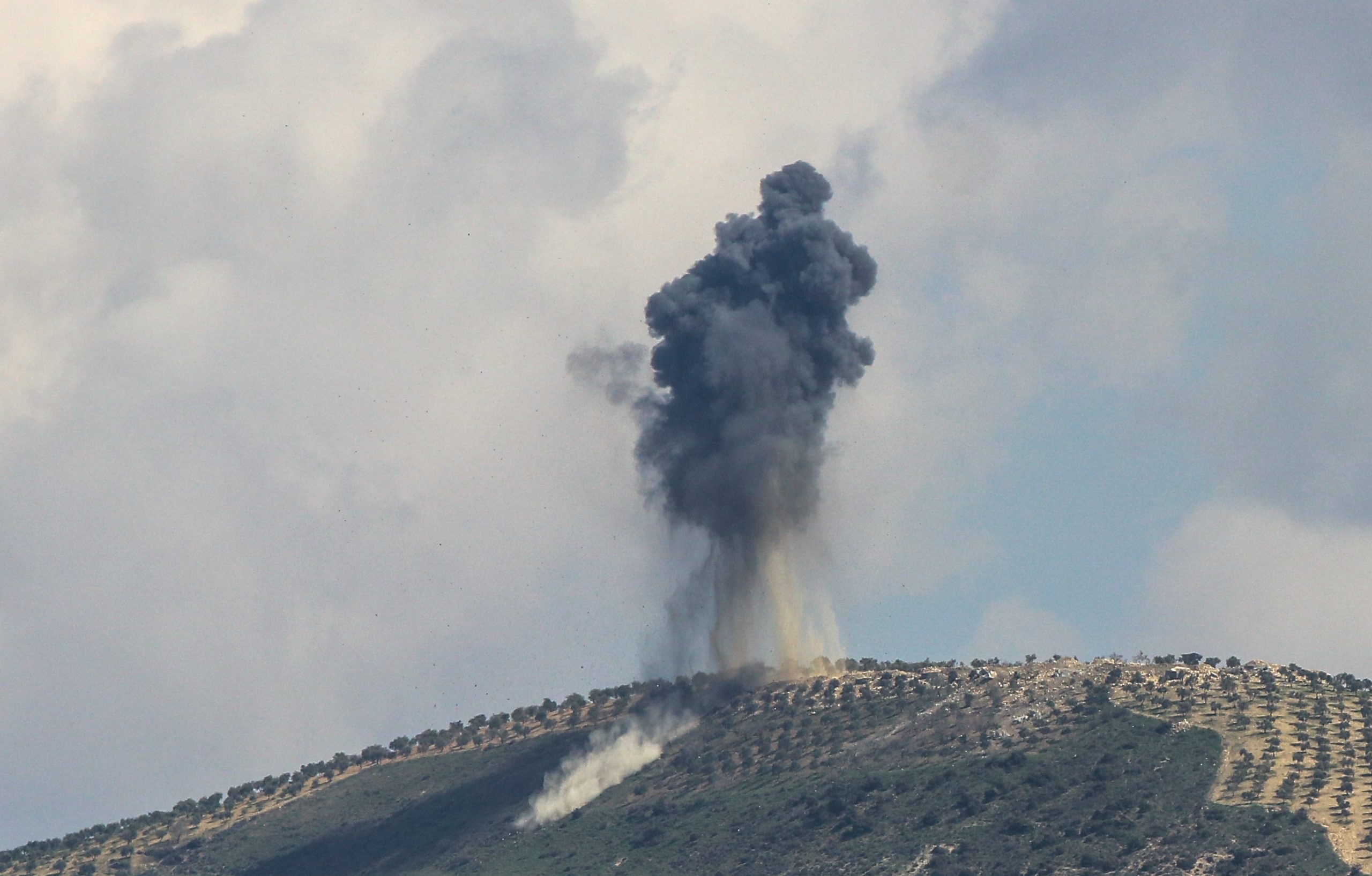 SianAfrin after Operation Olive Branch: An update on the situation in north-west Syria09.15.2021
read more 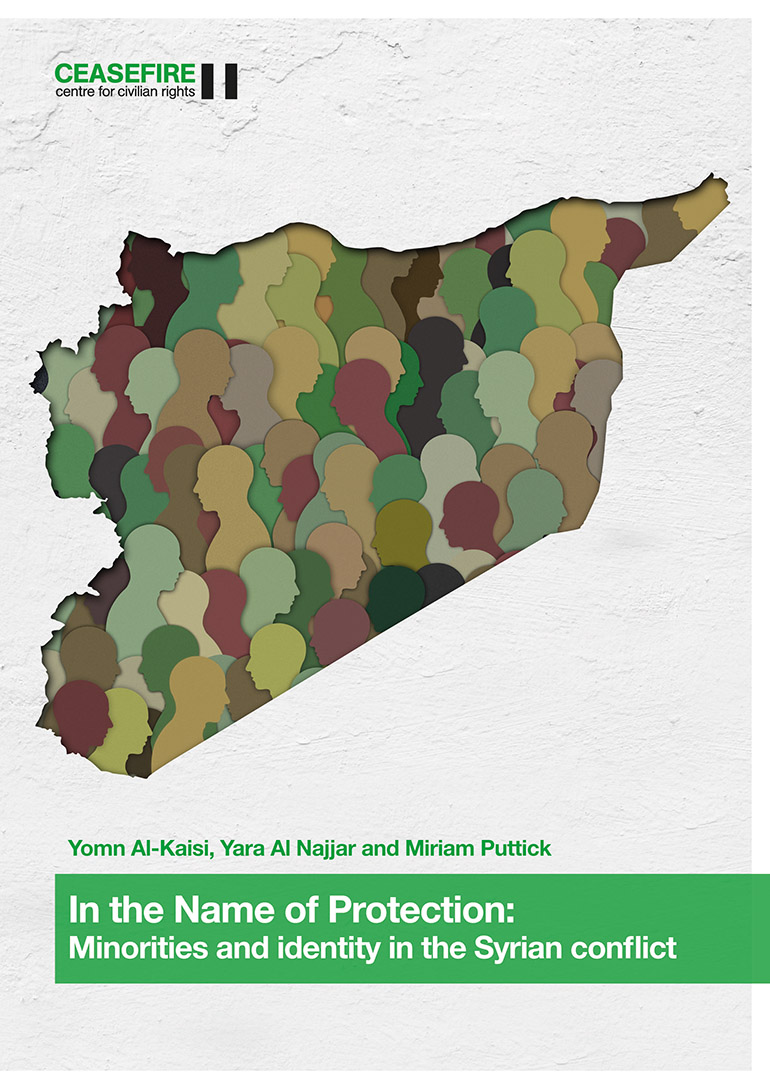 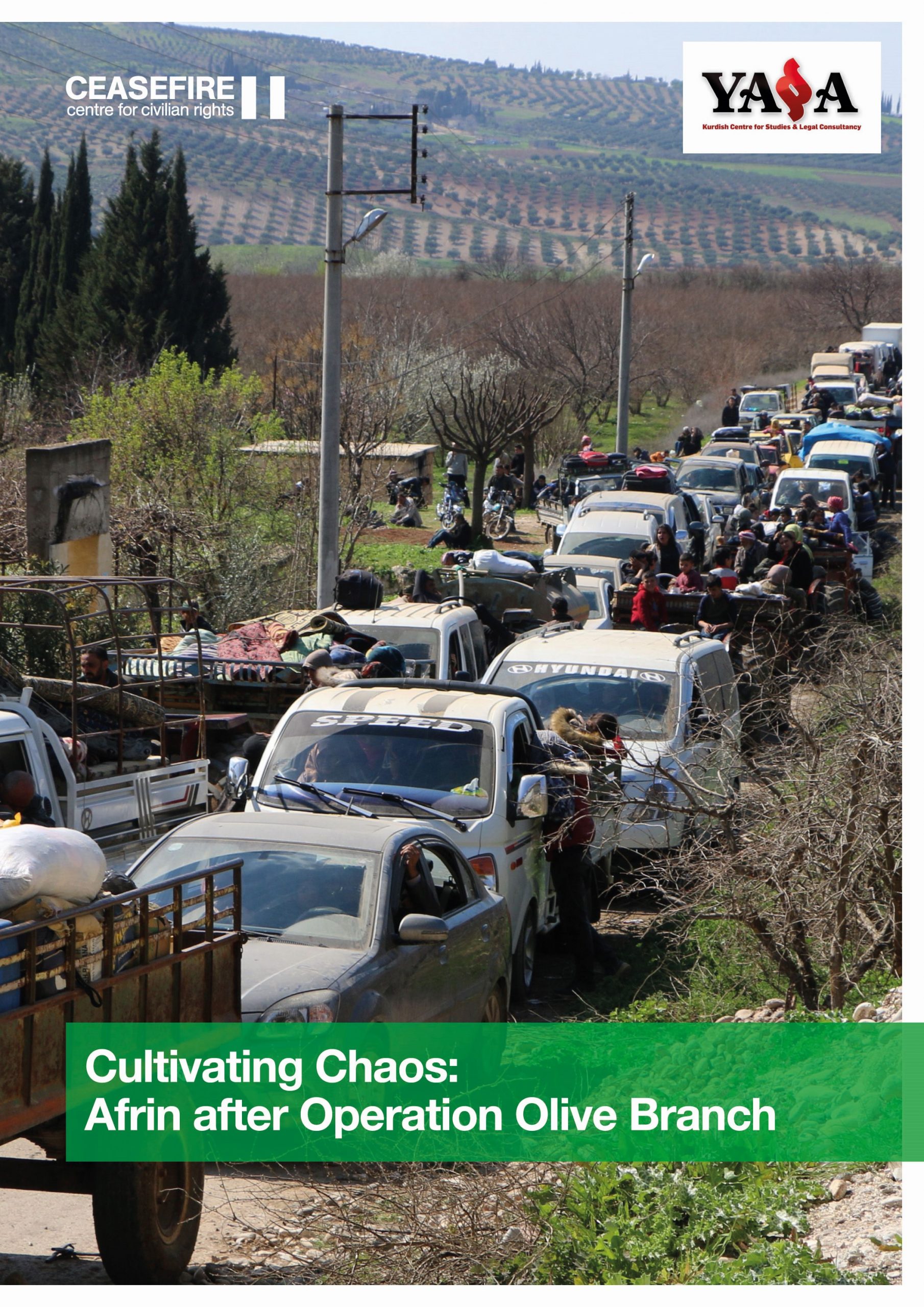 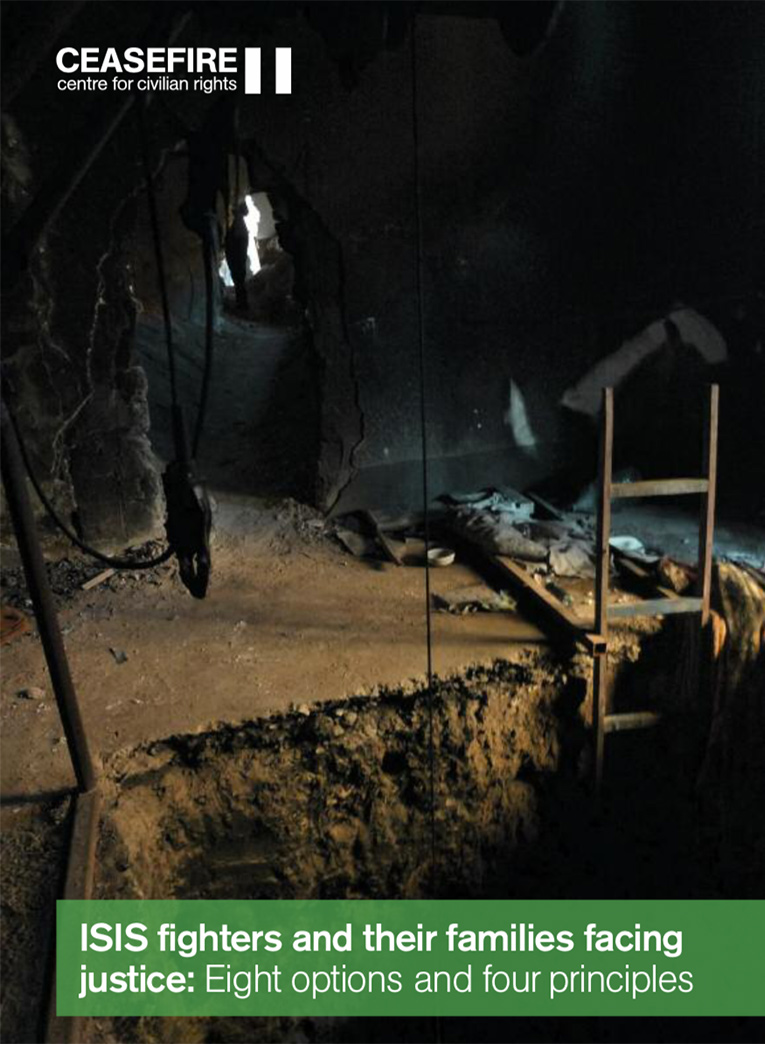 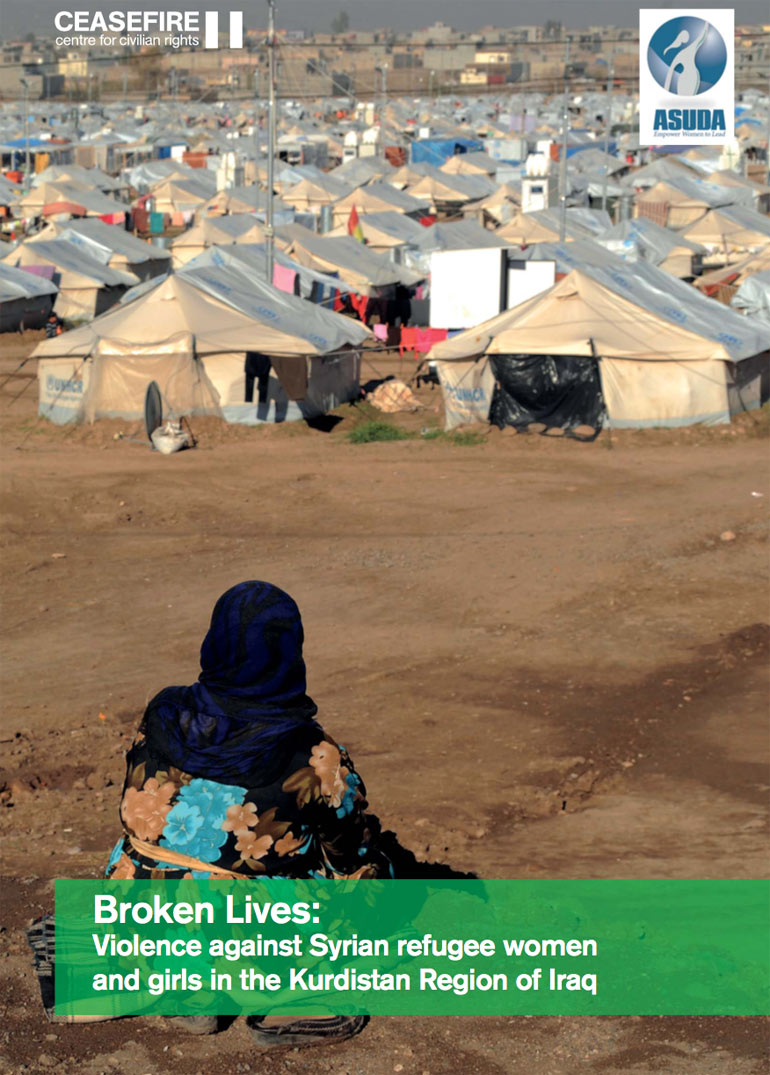 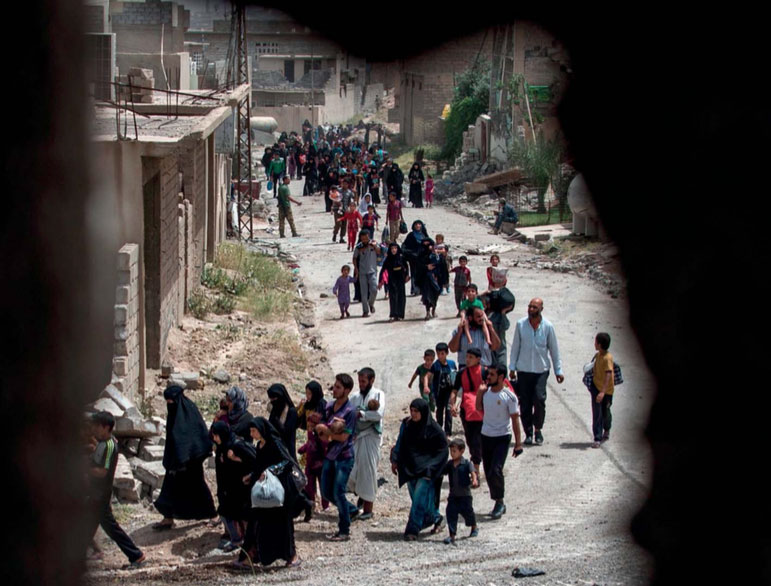 Technological advances have meant that civilians are now enabled to play a greater role than ever before in monitoring and documenting violations, finds a new report Eyes on the Ground: Realizing the potential of civilian-led monitoring in armed conflict.

As UN rapporteurs and other official international monitors are effectively denied access to a wide range of insecure territories around the world, civilian monitors have become a complementary, and in some cases the principal, source of information on what is happening on the ground to civilian populations.

SianEyes on the Ground: Realizing the potential of civilian-led monitoring in armed conflict02.02.2018
read more 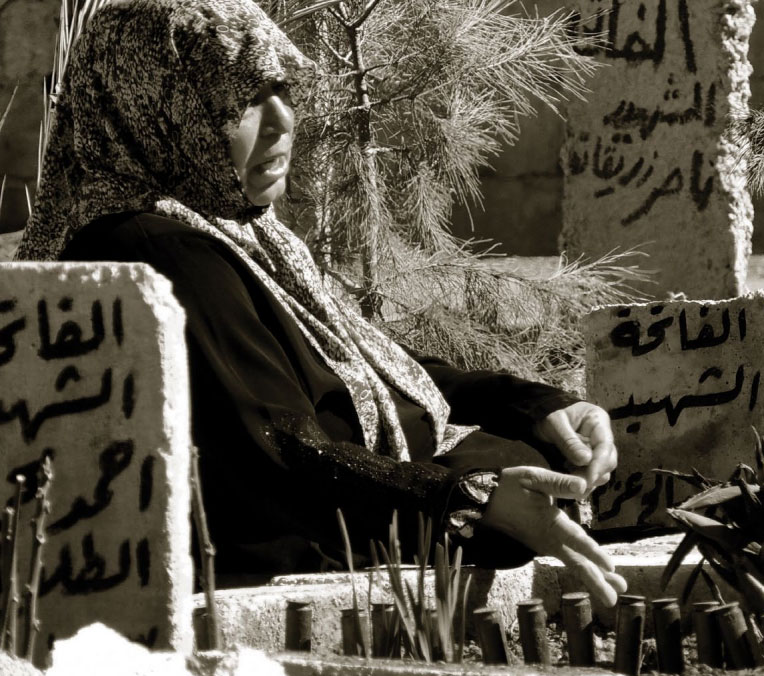 Recent months have seen a number of small steps forward in the struggle to achieve justice for atrocities committed in Syria. Criminal proceedings are now underway in a number of European countries, including Germany, Sweden and Spain, targeting perpetrators of torture and war crimes in Syria. For the first time, such proceedings target not just opposition fighters, but also senior individuals in Syrian military intelligence.

In a separate development, Catherine Marchi-Uhel of France was appointed this month as the head of the UN independent panel to assist in the investigation and prosecution of those responsible for the most serious violations of international law in Syria.

With pro bono support from a major international law form, Ceasefire has been undertaking feasibility work to support extra-territorial cases, both criminal and civil, concerning gross violations of the rights of civilians in Syria. [INSERT LINK TO ‘Accountability in Syria’ PAGE] Depending on the national laws in place, cases may be brought in European, North American or other jurisdictions, including those where Syrian perpetrators may have fled or Syrian victims may have sought refuge.

A Step towards Justice: Current accountability options for crimes under international law committed in Syria was the first report to offer a detailed examination of the mechanisms available to deliver justice to the Syrian people while the conflict goes on.

‘Some countries might be able to utilize their domestic jurisdictions to prosecute a few perpetrators,’ said Mohammad Al Abdallah, Executive Director of the Syria Justice and Accountability Center. ‘While this is a good first step towards justice, and may be the only available one at the moment, it is not sufficient and does not respond to the magnitude of the violations occurring in Syria.’

In the context of very widespread impunity in Syria, a strategic approach to pursuing available accountability options is urgently needed. Improving the capacity of Syrians to document, prepare and bring cases will also prepare the ground for any larger, more comprehensive justice and reconciliation process in the future.

As US-led coalition forces in partnership with a non-state armed group, the Syrian Democratic Forces, continue their attempt to take Raqqa from ISIS control, up to 200,000 civilians remain at risk, including some 70,000 inside the city.

In June the chair of the UN Commission of Inquiry on Syria warned that the intensification of coalition air strikes had already led to a ‘staggering loss of civilian life’. Syrian human rights groups have recorded some 1,400 civilian deaths in total over the last eight months including those from air strikes, artillery fire, and hundreds killed by ISIS on the ground.

The pattern of killing in Raqqa is tragically beginning to resemble that during the nine-month assault on Mosul in neighbouring Iraq, which ended this month.

A survey of recent practice by Iraqi and international coalition forces published by the Ceasefire Centre at the start of the Mosul campaign warned then that the lives of thousands of civilians were at critical risk.

Civilian protection in the battle for Mosul: Critical priorities found that recent precedents from military operations to retake Iraqi cities from ISIS control, including Tikrit, Ramadi, Fallujah and Sinjar, demonstrate a pattern of repeated failures to implement sufficient measures for civilian protection, both in the conduct of hostilities and in planning for the humanitarian consequences. In the event, thousands of civilians were killed in Mosul and, according to the most recent figure from the International Organization for Migration, over one million were displaced.

In particular, the imposition of siege tactics on ISIS-held cities and the intensive bombardment of urban areas by international coalition forces has combined with the ISIS tactic of using ‘human shields’ to result in thousands of civilian casualties and high levels of civilian suffering.

The operation to encircle Raqqa and lay siege to the city threatens to concentrate the battle in neighbourhoods that remain heavily populated with civilians.

All parties to the conflict should adhere at all times to their obligations under international humanitarian law, including ensuring respect for the fundamental principle of distinction, prohibiting indiscriminate attacks, and taking all feasible precautions to avoid, or in any event minimise, civilian death or injury or damage to civilian objects.

SianRaqqa: Will the lessons from Mosul be learnt in time?08.02.2017
read more 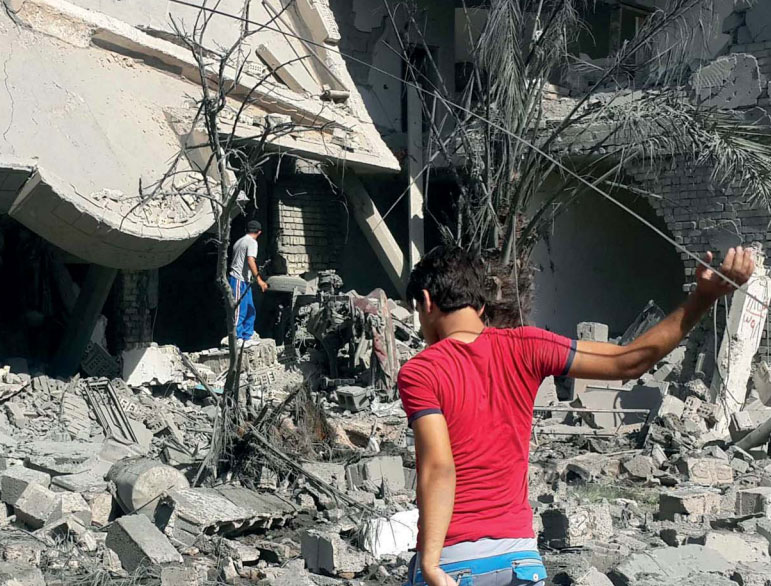