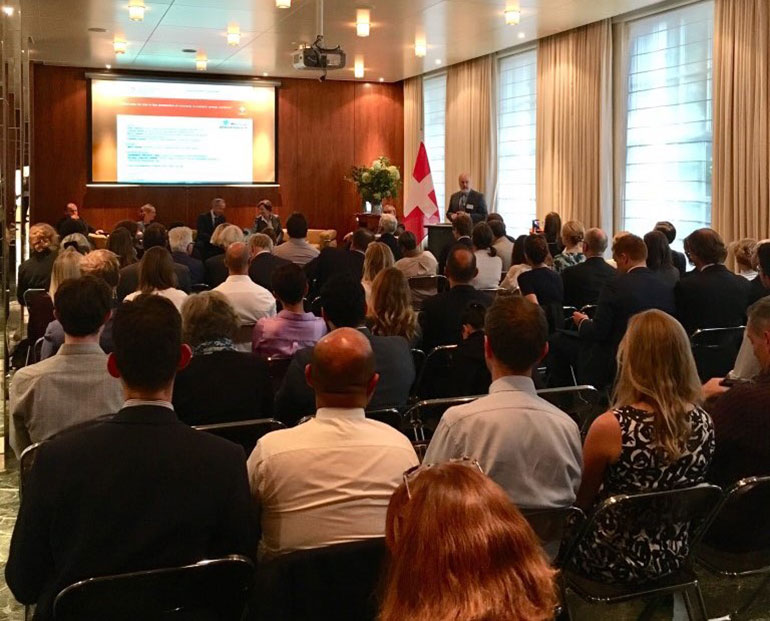 How has the face of modern conflict changed? What happens to the civilian population caught in the grey zone between the traditional fields of application of human rights and the laws of war?

These were among the urgent questions considered on 12 September at a packed event at the Swiss ambassador’s residence in London to launch The Grey Zone: Civilian Protection between Human Rights and the Laws of War. Edited by Ceasefire director Mark Lattimer and Professor Philippe Sands QC of University College London, The Grey Zone includes contributions from some 20 leading international jurists on challenges and developments for the law protecting civilians.

Swiss Ambassador Alexandre Fasel opened the panel discussion on international humanitarian law and the protection of civilians in modern armed conflict, and Minister François Voeffray outlined Swiss initiatives regarding IHL compliance and the prosecution of starvation as a method of warfare.

‘The conditions on the ground in Iraq, Syria, Libya and Yemen show how much modern warfare has changed,’ said Ceasefire’s Mark Lattimer, introducing the discussion. ‘But they are often poorly reflected in legal definitions or indeed in the international media.’

‘Conflicts are becoming more complex, more fragmented, and more protracted,’ explained Helen Alderson, Head of the UK Delegation for the International Committee of the Red Cross. The urbanization of conflict, the impact of new conflict technologies and the targeting of civilians were other game changers in warfare she highlighted. 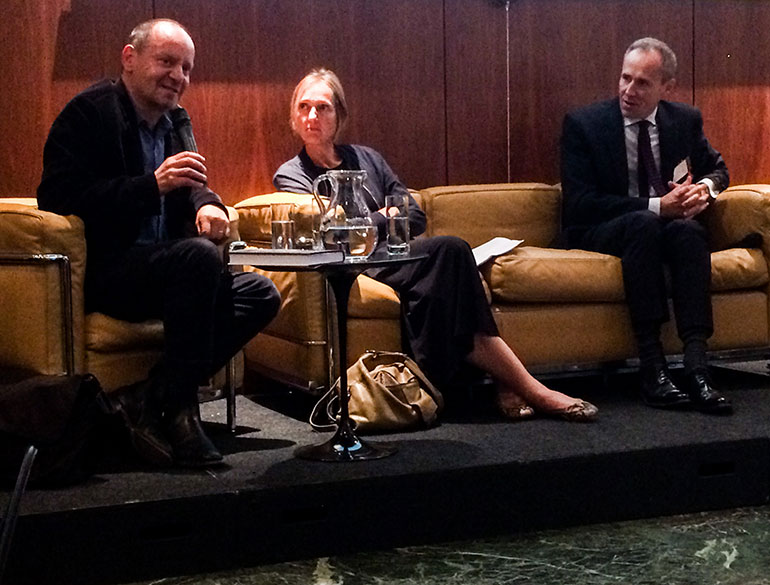 Professor Marco Sassòli, Director of the Geneva Academy, identified enforcement of international law as the greatest challenge. ‘The main legal norm being eroded in conflicts today is the distinction between combatants and civilians – which is the foundational principle of international humanitarian law.’

‘The international order created in 1945 is now under existential threat,’ warned Philippe Sands. ‘A systematic assault on the system is taking place – and it will soon include an assault on the Geneva Conventions.’

Professor Liesbeth Zegveld of Amsterdam University, a leading litigator for the rights of civilians and a contributor to The Grey Zone, said: ‘What most civilians want from legal action is not compensation, but an answer to the questions: What happened to us? And why?’

‘The Grey Zone: Civilian Protection between Human Rights and the Laws of War’, edited by Mark Lattimer and Philippe Sands, is published by Hart Publishing / Bloomsbury Professional.

SianUsing law to protect civilians: launch of The Grey Zone09.18.2018