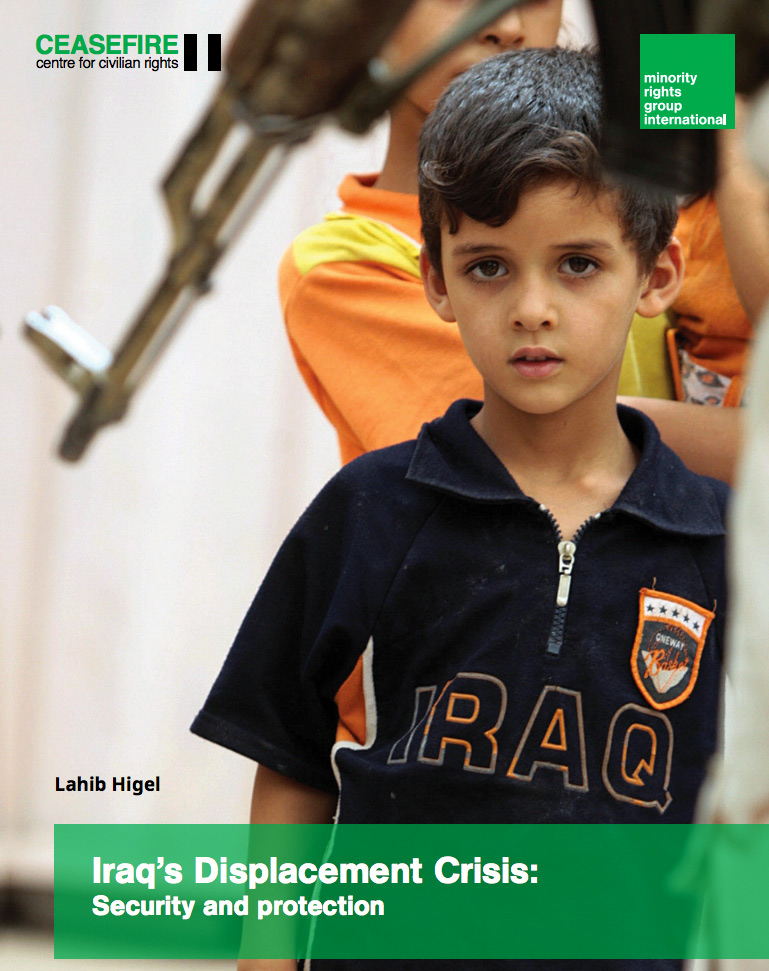 Since the present displacement crisis began in January 2014 with the advance of the Islamic State of Iraq and Al Sham (ISIS), the humanitarian emergency in Iraq has become more severe. The number of internally displaced persons (IDPs) in Iraq now stands at 3.2 million, while more than 8 million people are in need of humanitarian assistance. With the UN lacking funding and the Government of Iraq and Kurdistan Regional Government (KRG) under both military and economic strain, the protection of human rights and provision of humanitarian assistance have been gravely compromised.

Iraq’s Displacement Crisis: security and protection provides an up-to date overview of the situation of IDPs in Iraq since the ISIS onslaught and resulting conflict, including not only forced displacement committed by ISIS but also that perpetrated by other armed groups, including government forces. The report also explores the facilitation of IDP returns to areas of origin. Due to poor living conditions in areas of displacement, many families are seeking to return even though the situation in their area of origin may not have improved. Almost without exception, however, liberated areas are in need of better security, reconstruction of basic infrastructure and the resumption of public services.

Two years on, social tensions are rising in both areas of displacement and areas of return. With new population movements and territorial control shifting between armed groups, host communities and authorities are under greater pressure. Intimidation and harassment of IDPs based on their origins are common and increasing in areas of displacement. Communities who find themselves in areas where they are a religious, ethnic or linguistic minority live in fear of physical assault and discrimination.

In the context of limited governance and continued insecurity, the opportunity afforded by the retaking of territory from ISIS is being lost. If communities are unable to co-exist, Iraq may soon reach a point beyond repair. Post-liberation strategies are therefore urgently required that are comprehensive in addressing security needs but are also aimed at reconciliation, reparation and re-establishing the rule of law.