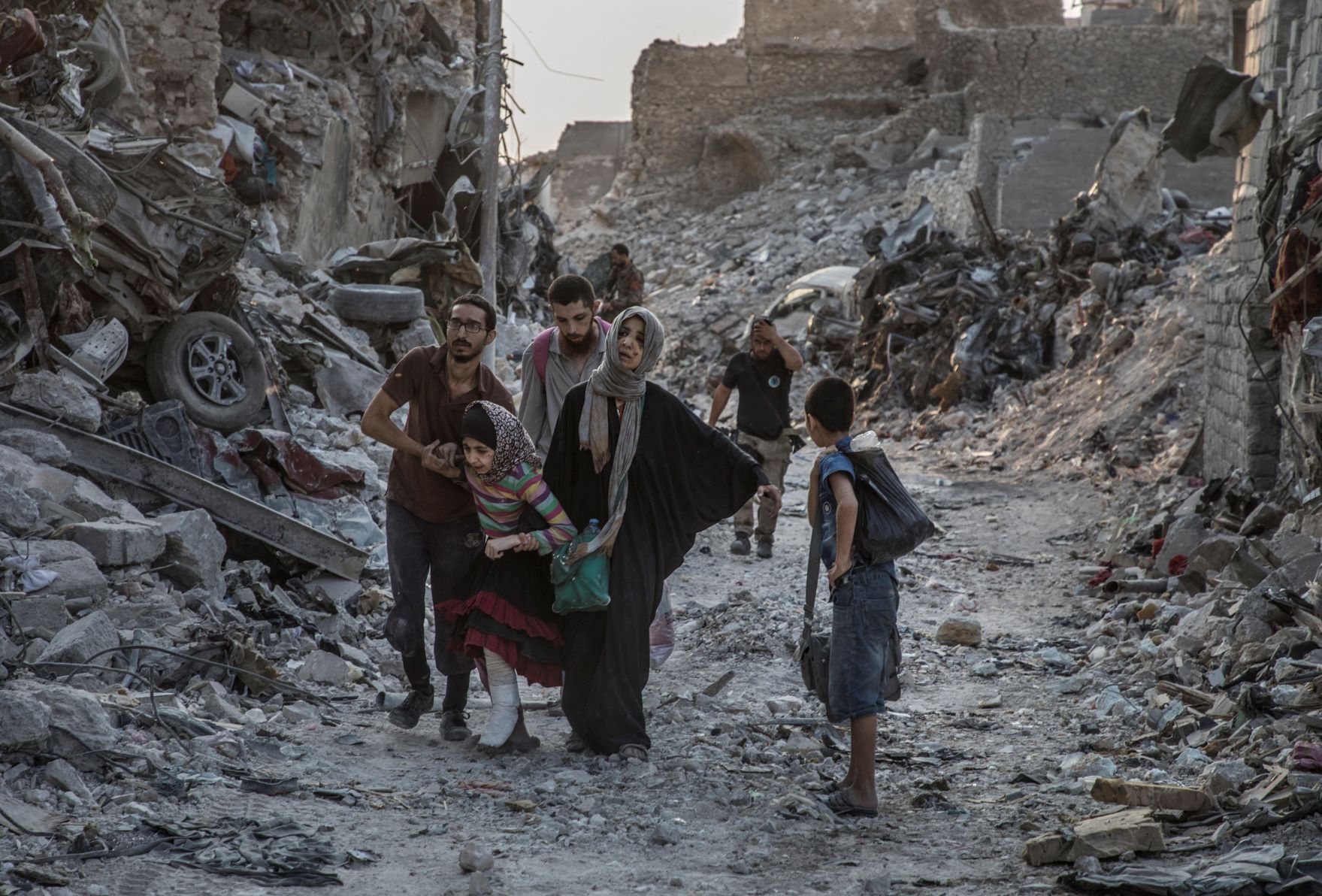 A resurgence across world regions of the tactics of siege warfare has trapped civilian populations at the frontlines of today’s battles, finds a new report by the Ceasefire Centre for Civilian Rights. From Mariupol and other cities in Ukraine, to Mosul, Aleppo and other cities in Iraq, Syria, Yemen, Ethiopia and the Philippines, militaries around the world have imposed sieges leading to tens of thousands of civilian casualties and massive destruction to civilian infrastructure.

‘Protecting civilians in siege warfare: Constraints on military action’, by Professor Stuart Casey-Maslen, analyses the limits imposed by international humanitarian law (IHL) and human rights law on the conduct of sieges, and the role of the UK and other governments, armed forces, NATO, the UN, humanitarian actors and the civilian population itself in avoiding or minimising civilian harm.

‘The law of the Geneva Conventions requires both attacking and defending forces to take all feasible precautions to protect the civilian population, but in a siege civilians are trapped in the battlespace,’ said Ceasefire’s Executive Director Mark Lattimer. ‘Their treatment under siege is unbearable – and frequently unlawful.’

In addition to banning attacks that target civilians, indiscriminate attacks, and the terrorizing of the civilian population – all of which are war crimes if done intentionally – IHL prohibits the starvation of the civilian population as a method of warfare and places an obligation on parties to conflict to allow humanitarian relief, including the provision of food and water, medical assistance and the evacuation of casualties and other vulnerable civilians. Evacuation should always be voluntary and both those evacuated and those left behind continue to benefit from the right to protection.

Analysing the conduct of recent sieges, including those of Aleppo in Syria and Mosul in Iraq, the report details how the laying of siege by militaries with very different approaches to the implementation of IHL can similarly result in civilian harm on a massive scale.

Russian attacks on cities in Ukraine have seen numerous reports of IHL violations, such as the targeting of civilian objects, including educational and medical facilities, indiscriminate artillery shelling and the use of cluster munitions in or near residential areas. In an unprecedented move, 41 states including the UK referred the situation in Ukraine to the International Criminal Court and a war crimes investigation has been opened.

The current style of warfare favoured by the UK and other NATO members, owing much to US doctrine, is based on stand-off, long-distance precision strikes, delivered on an industrial scale. While there may be benefits in terms of force protection, the extensive destruction that results can also be catastrophic for civilians trapped under siege.

‘Public revulsion at the treatment of civilians in cities under siege in Ukraine should spark urgent reflection in militaries around the world,’ added Mr Lattimer. ‘Their playbook may be different, but the end result is disturbingly familiar – mass civilian casualties and widespread destruction of civilian infrastructure.’

Despite its devastating effect on civilians in recent years, siege warfare and its particular challenges are not mentioned once in the 2020 NATO Protection of Civilians Handbook – nor in the UK’s Integrated Review of Security, Defence, Development and Foreign Policy published in 2021.

Ceasefire’s report calls on the UK and other governments to: