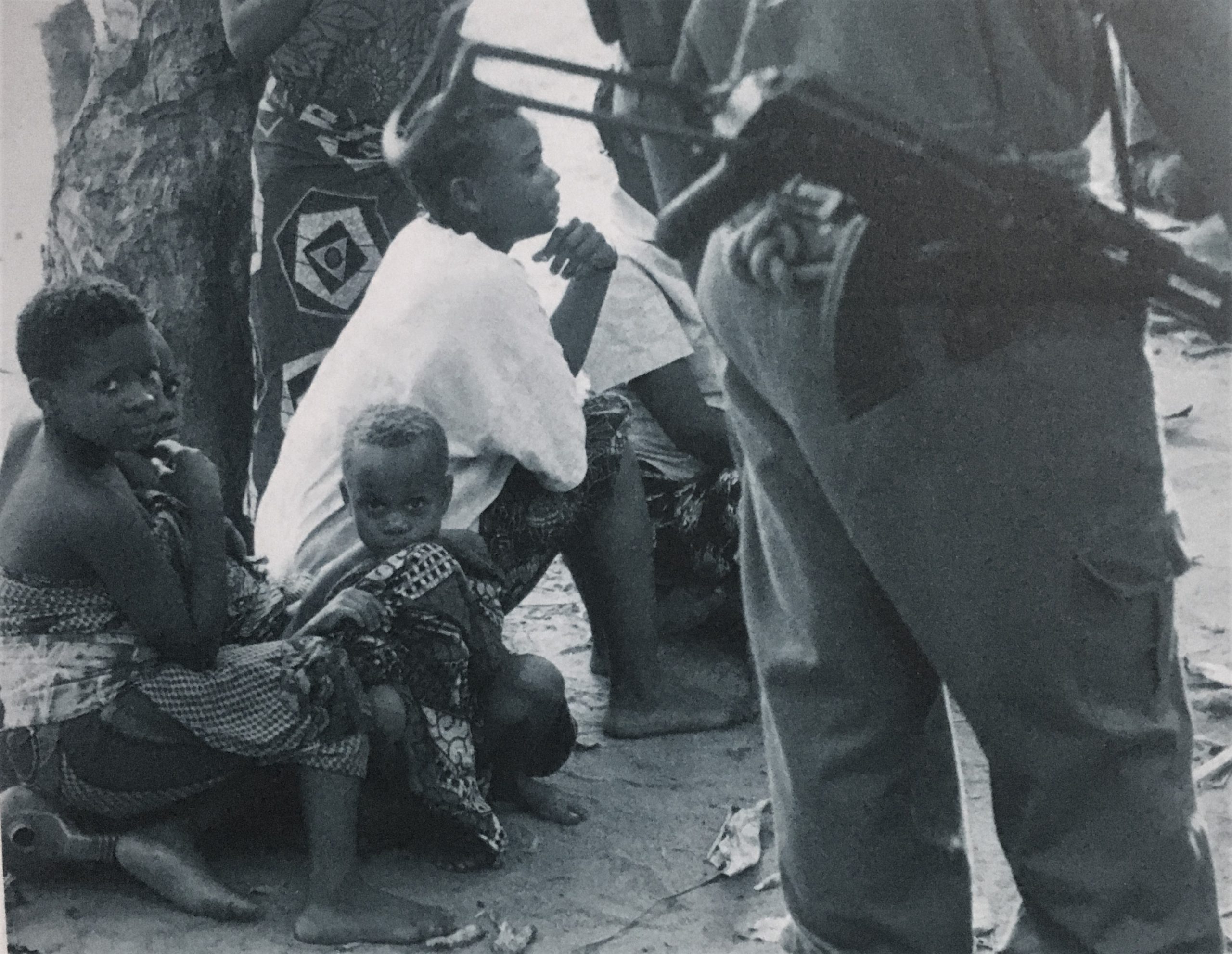 Congolese MP Roger Lumbala has been arrested in France and is under investigation for complicity in crimes against humanity committed in the Democratic Republic of Congo (DRC) in 2002-2003.

The charges relate to his responsibility for a military campaign in Ituri province named Effacer le tableau (‘Erasing the Board’) in which thousands of civilians were tortured and/or killed, including members of the indigenous Bambuti population. Violations including murder, forcible population transfer, torture, rape and persecution were documented by an investigative mission in 2004 conducted by Congolese civilian activists coordinated by Minority Rights Group International, Ceasefire’s partner NGO.

The French prosecutor announced on Monday 4 January that Lumbala had been arrested last Tuesday, but charges against him were only confirmed this weekend.

A UN-commissioned ‘Mapping Report’ published in 2010 detailed 617 incidents under the heading of war crimes, crimes against humanity and violations of international humanitarian law committed in the DRC wars from 1993 – 2003. The charges confirmed against Roger Lumbala mark the first time that any prosecution has been mounted for those crimes since the report’s publication.

‘Lumbala’s arrest is a significant step forward for international justice and a blow against impunity in the DRC’, said Joshua Castellino, Executive Director of Minority Rights Group International. ‘The indigenous Bambuti population was targeted in a campaign of extermination for which no-one has yet been held responsible. Crimes of that gravity demand justice.’

Effacer le tableau was a planned, systematic campaign of attack against the civilian population of the DRC’s Ituri province, carried out by two armed opposition groups, the Mouvement de libération du Congo (MLC) and the Rassemblement congolais pour la démocratie – National (RCD-N), the latter under the control of Roger Lumbala. From October 2002 until January 2003, the combined militia forces occupied territory in the areas of Epulu, Mambasa, Teturi, Byakato and Erengeti, carrying out a series of atrocities against the Bambuti and other local populations and forcing the displacement of over 100,000. After the signing of Congolese peace accords in 2003, the RCD-N forces were integrated into the Congolese army. Accused of supporting further rebel movements, Lumbala only returned to the DRC from exile in 2017 after another peace accord and was elected a parliamentary deputy.

‘Civilian victims have had to wait over 10 years since the UN Mapping Report catalogued atrocities in the DRC for this first prosecution,’ said Miriam Puttick, Head of Programmes at Ceasefire. ‘For the cause of justice and reconciliation it is vital that other prosecutions now follow.’

A group of over 180 mainly Congolese NGOs, led by Nobel laureate Denis Mukwege, have called for the identities of suspected perpetrators of the crimes in the Mapping Report to be disclosed in order to kickstart the stalled justice process.

Following the landmark Pinochet case 20 years ago, international criminal prosecutions under the principle of universal jurisdiction have gained ground. The trial of Anwar Raslan, a former colonel in Syria’s feared General Intelligence Directorate, is currently taking place in Koblenz in Germany. Other Syrian cases are expected to follow.

For more information or to arrange interviews email press@mrgmail.org or contact@ceasefire.org