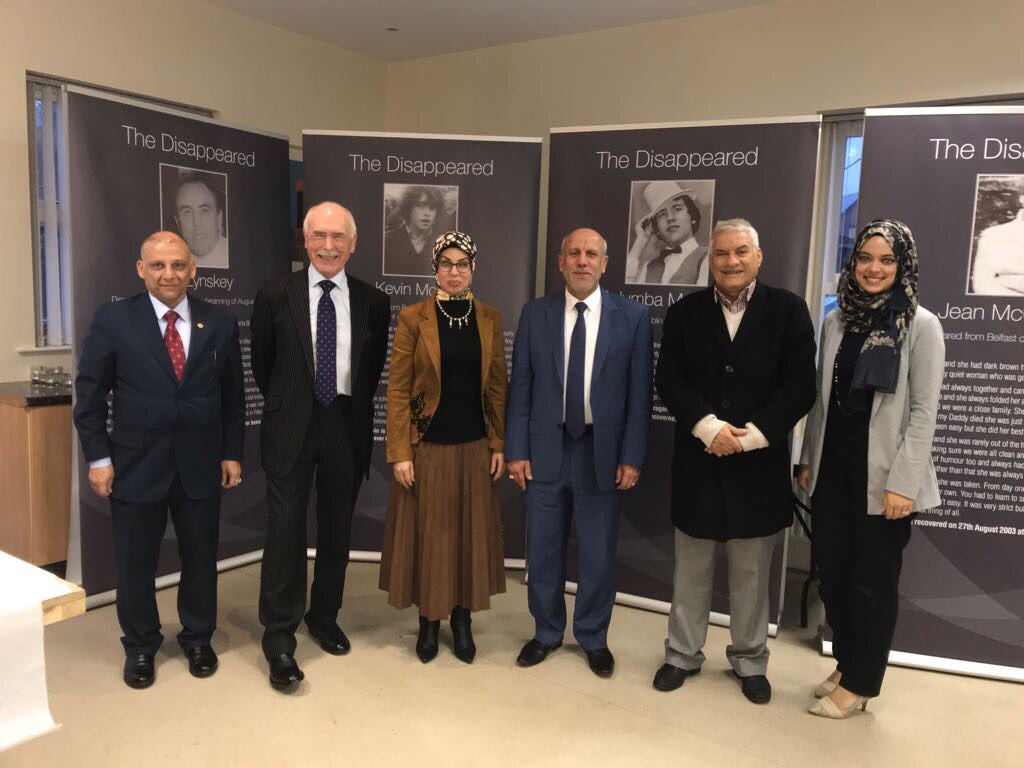 Pooling international best practice to support Iraq in ending enforced disappearances was the theme of a combined study and advocacy tour to Belfast and London undertaken by leading Iraqi MPs last month, organized by the Ceasefire Centre for Civilian Rights in partnership with the Institute for International Law and Human Rights.

Iraq has faced the recurring problem of enforced disappearances at many times in its recent history, and all Iraq’s communities have been affected. Thousands of people remain missing, even just from the latest phase of the conflict. In 2010 Iraq acceded to the International Convention on Enforced Disappearance but it has yet to enact any implementing legislation.

Following an agreement with the Human Rights Committee of the Iraqi Parliament, Ceasefire and IILHR have provided technical assistance in reviewing draft legislation in line with international standards.

In December, key members and officials of the Iraqi Human Rights Committee responsible for the bill came to London and Belfast to hold discussions with academics specializing in transitional justice from the School of African and Oriental Studies – University of London, Queen’s University Belfast, MPs and Peers, UK Foreign Office officials, relevant NGOs and the Northern Ireland Human Rights Commission and the Independent Commission for the Location of Victims’ Remains (NI).

Photo caption: MPs from the Iraqi delegation meet in Belfast with Ceasefire and IILHR staff and the lead forensic investigator for the Independent Commission for the Location of Victims’ Remains (December 2017)