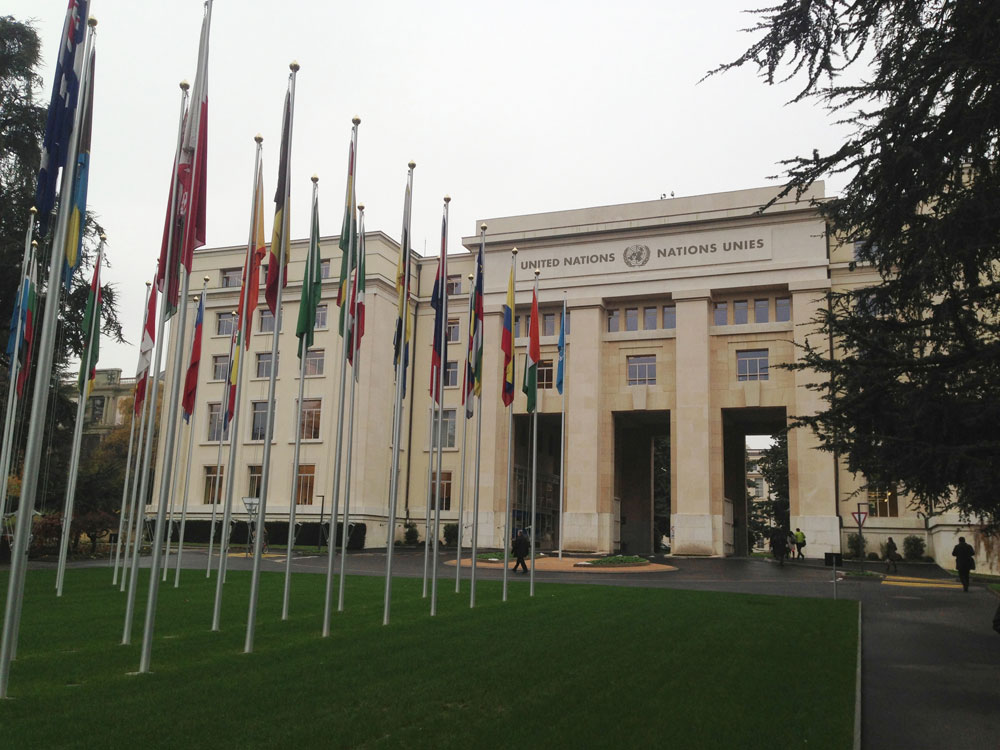 As the assault on Fallujah was causing tens of thousands of civilians to flee their homes, the Ceasefire Centre for Civilian Rights joined partners at the UN Human Rights Council on 20 June to sound the alarm about Iraq’s displacement crisis.

At a packed side event in the Palais des Nations in Geneva, delegates were addressed by Dr Chaloka Beyani, the UN Special Rapporteur on the Rights of Internally Displaced Persons (IDPs), Ms Kate Gilmore, the UN Deputy High Commissioner for Human Rights, and representatives of Iraqi civil society. The event was chaired by Ceasefire’s Mark Lattimer, who emphasized that the opportunities offered by the re-taking of ISIS territory were being lost as local communities and IDPs faced continuing insecurity, including targeting by militia forces.

The number of IDPs in Iraq now exceeded 3.4 million, but the humanitarian response plan was only one quarter funded, he added.

The event coincided with the publication of a new report, Iraq’s Displacement Crisis: security and protection. The report finds that intimidation and harassment of IDPs based on their origin are common and increasing in areas of displacement. With the UN lacking funding and the Government of Iraq and the Kurdistan Regional Government under both military and economic strain, the protection of human rights and provision of humanitarian assistance have been gravely compromised, says the report, which is based on extensive interviews with IDPs carried out in Baghdad, central and northern Iraq over the last six months.

In an incisive intervention, the UN Special Rapporteur Dr Beyani raised concerns about the limits on freedom of movement for IDPs, heightening the insecurity they faced.

SianCeasefire sounds the alarm at the United Nations on Iraq’s displacement crisis08.14.2016