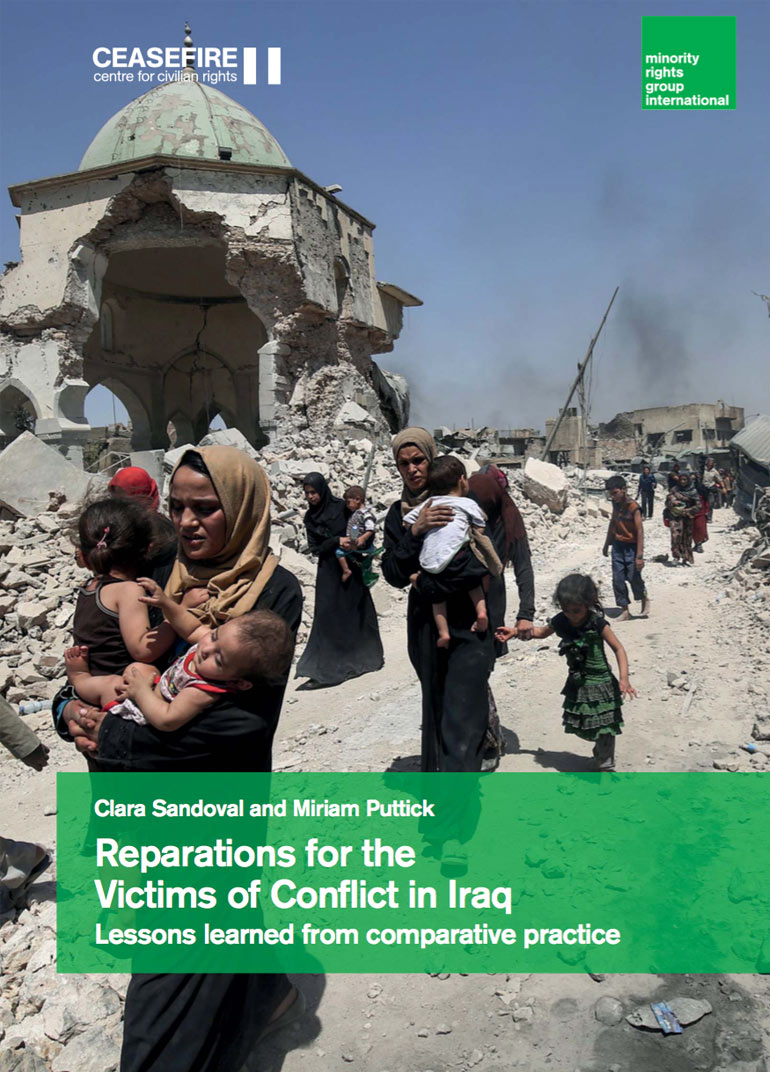 ‘The right of victims to receive reparations for violations suffered is well established in international human rights law and, increasingly, humanitarian law,’ says Miriam Puttick, co-author of the report.

‘Iraq is now at a turning point after more than three years of destructive conflict, and securing accountability for violations committed over this period is a national priority. Reparations should be a central component of the accountability process because of their enormous potential to make both a symbolic and concrete difference in the lives of victims,’ she adds.

Millions of Iraqi victims have suffered over decades as a consequence of gross human rights violations and serious violations of humanitarian law. Conflict with ISIS has led to the displacement of over 3.1 million people, the killing of thousands, and targeted campaigns against ethnic and religious communities.

The conflict has also resulted in widespread damage to infrastructure and personal property. At the same time, state institutions in large parts of the country have been left paralyzed and incapable of providing basic services to citizens.

The report assesses Iraq’s existing reparations scheme, which has paid out over IQD 420 billion (USD 355 million) in recent years to the victims of ‘military operations, military mistakes and terrorist actions’. But the most recent and complex phase of the conflict raises new challenges, requiring that the existing reparations system be strengthened.

Reparations for the victims of conflict in Iraq: Lessons learned from comparative practice seeks to inform the discussion on reparations in Iraq through analysis of both international and domestic practice, and suggests concrete recommendations to both the Iraqi government and the international community for providing adequate and effective reparations to victims.

The international rights organisations say that reparations matter not only because they can redress the harm that victims have suffered, but because, if well conceived, they provide a transformative experience to victims.

‘Reparations can empower, dignify and return a voice to victims, as well as provide them with the opportunity to become agents of social change,’ says Ms Puttick. ‘Programmes should be anchored within a transitional justice framework, which includes elements such as judicial accountability and truth-seeking alongside reparation.’

SianReparations for the victims of conflict in Iraq – new report02.03.2018