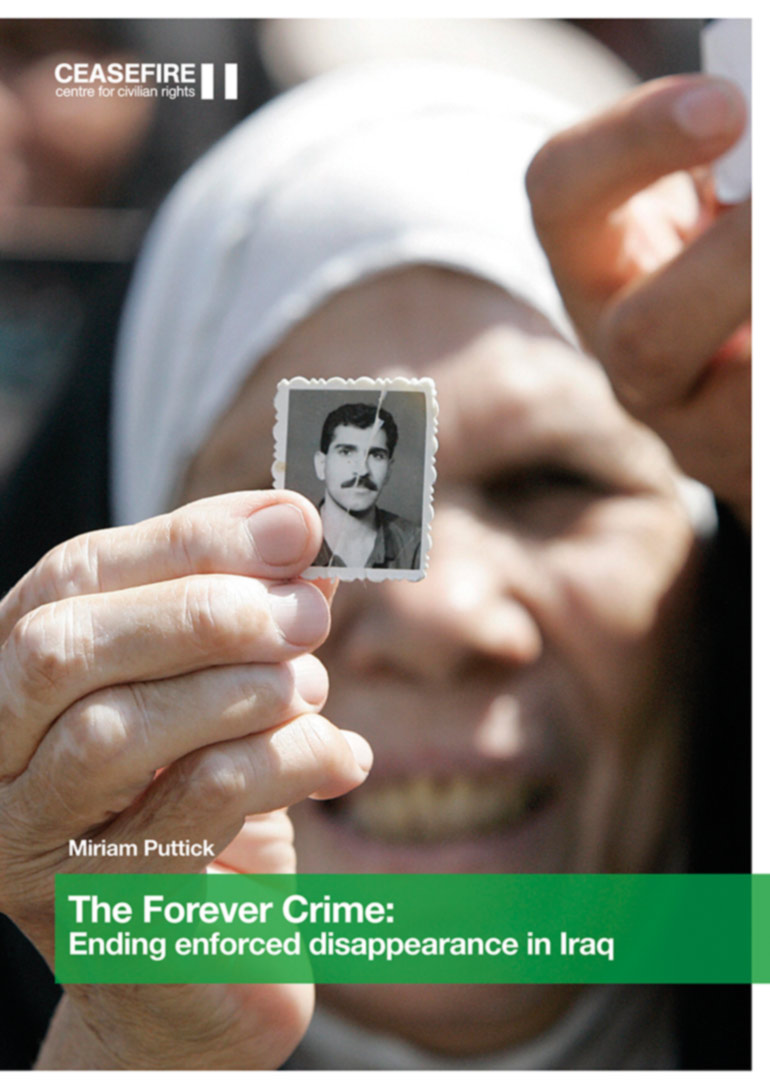 International law defines enforced disappearance as a phenomenon in which state actors deprive individuals of their liberty – through acts of abduction, arrest or detention – then refuse to acknowledge what has happened to them, leaving their loved ones in a state of prolonged uncertainty and distress.

Iraq’s disappeared range from the victims of Ba’ath Party-era state violence, to the thousands of Iraqi civilians and ‘ghost detainees’ held without charge over the course of the US-led occupation, to the scores of primarily Sunni men and boys abused and disappeared by pro-government militias in the course of the conflict with ISIS. Most recently, scores of demonstrators in the popular protests in Baghdad, Basra and other southern cities have also been forcibly disappeared.

But the report finds that up until now, victims of these abuses have not been treated equally.

‘While the Saddam Hussein violations are widely acknowledged, there has been near-complete impunity for abuses by coalition forces and the Iraqi security forces they established and trained,’ says Miriam Puttick, Head of Middle East and North Africa Programmes at Ceasefire and the report’s author. ‘These security forces, and the pro-government militias that operate alongside them, have been key partners of Western governments in the fight against ISIS.’

Despite the scale of the problem, Iraq is now facing an unprecedented opportunity to address it. Prime Minister Mustafa Al-Kadhimi, who came to office in the wake of widespread popular protests that followed the end of the conflict with ISIS, has made vocal commitments to addressing human rights abuses, including enforced disappearances.

‘Again and again the Iraqi government has announced investigations into recent alleged disappearances but with little result,’ says Mark Lattimer, Ceasefire’s Executive Director. ‘The government now has a chance to turn rhetoric into action by backing the new bill on ending enforced disappearance.’

New legislation addressing enforced disappearance is now before the Iraqi parliament. If passed, Iraq would be among the first in the region to criminalize the practice, setting a precedent in the struggle against impunity.

But overturning the legacy of enforced disappearance in Iraq will require more than criminalizing the offense. There are many factors that enable the practice, like the widespread use of secret detention centres, the involvement of different armed groups in carrying out unauthorized arrests and detentions, and the lack of a unified reporting mechanism or search procedure for missing persons.

‘Because there is no system in place to deal with disappearances at present, family members of the disappeared are forced to go from prison to prison, searching for information about their loved ones,’ says Puttick. ‘This treatment is inhumane and causes further suffering for families.’